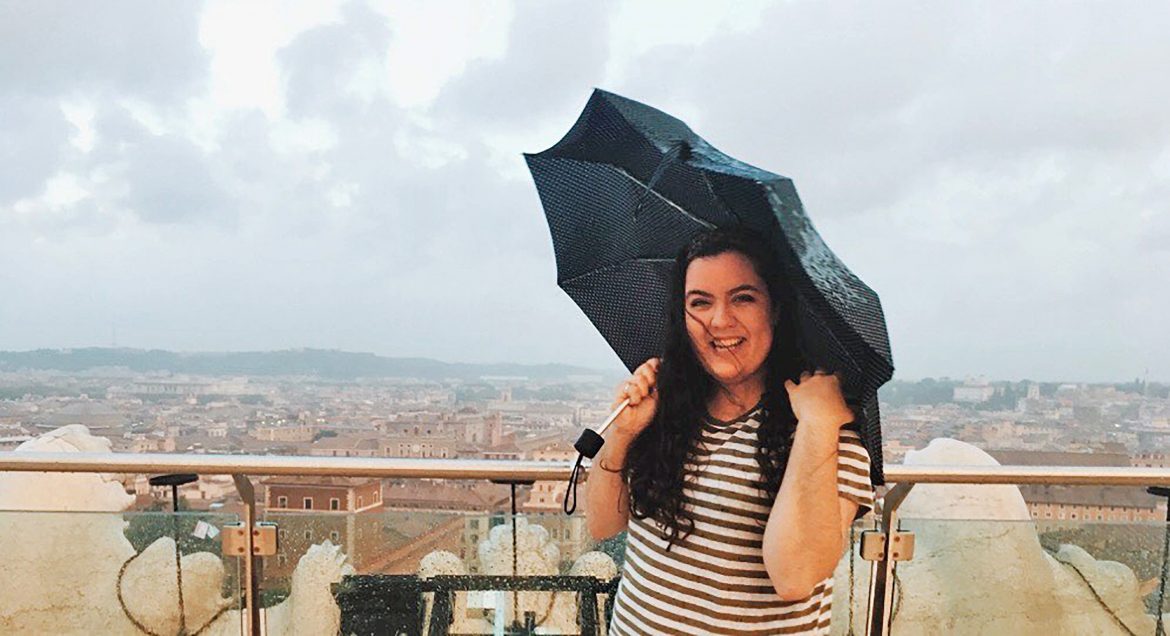 Tell us about how you got the opportunity to visit England for the first time.
I started my college career at a school in middle Georgia as a biology major. While there, I had the opportunity to go on a summer abroad trip to London, England. While on that trip, I made the decision to leave that school and switch my major. When I returned from London, I moved back to my hometown, Valdosta, and enrolled at VSU as an English major. I knew that I wanted to go back to England for an extended time and being at VSU allowed me the financial freedom to do so. I traveled back to England for an entire semester in the Fall of 2018 as an independent international student at the University of Roehampton. I was able to pay VSU my tuition and save enough money to stay for five full months. I came back to the states and finished my Bachelor of Arts in English in December of 2019.

What did you pursue after your graduation from VSU?
I knew I wanted to travel back to England. I partnered with a program called Across the Pond that helps American students find United Kingdom universities with compatible graduate programs. I applied to Roehampton, Oxford Brookes University, and the University of Kingston. I decided to return to Roehampton this fall because I love living in the city and I really enjoy the atmosphere of that school.

In the meantime, I’ve spent my time in Valdosta working at GŪD coffee downtown. I have also been focusing on my own writing and have had the opportunity to get several publications under my belt. While at VSU, I published poetry, photography, fiction, and academic essays in Odradek and Omnino on campus. I’ve now had several pieces accepted to national journals as well. I’m currently getting ready to move back to London in the first week of September to begin my master’s program. 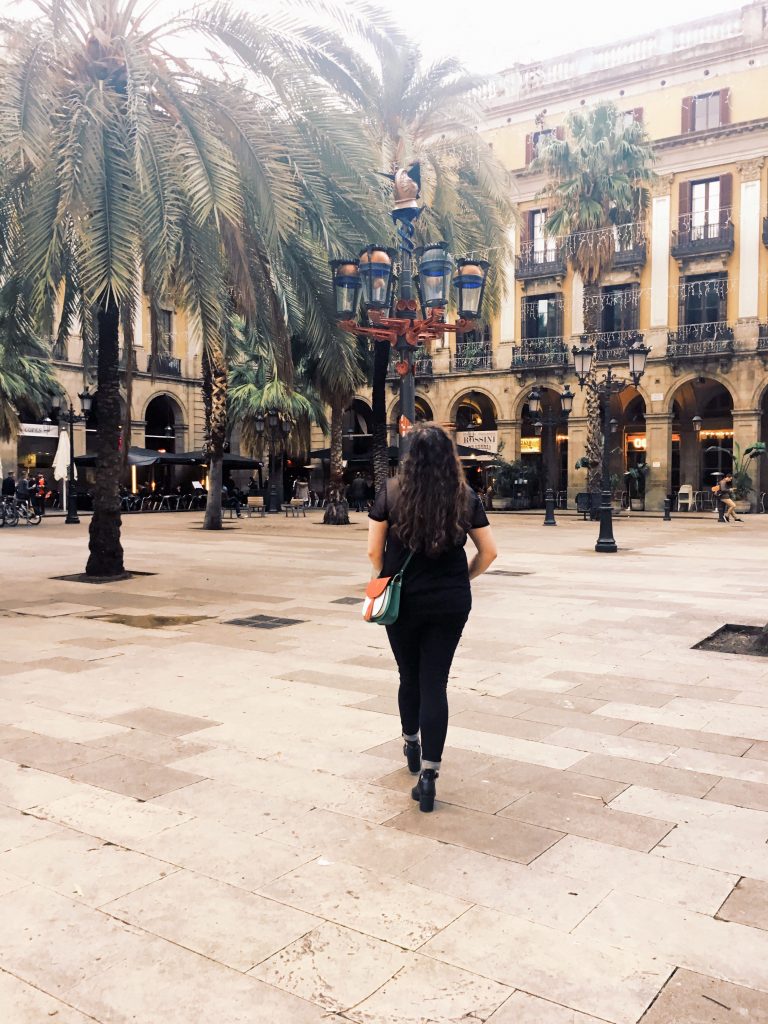 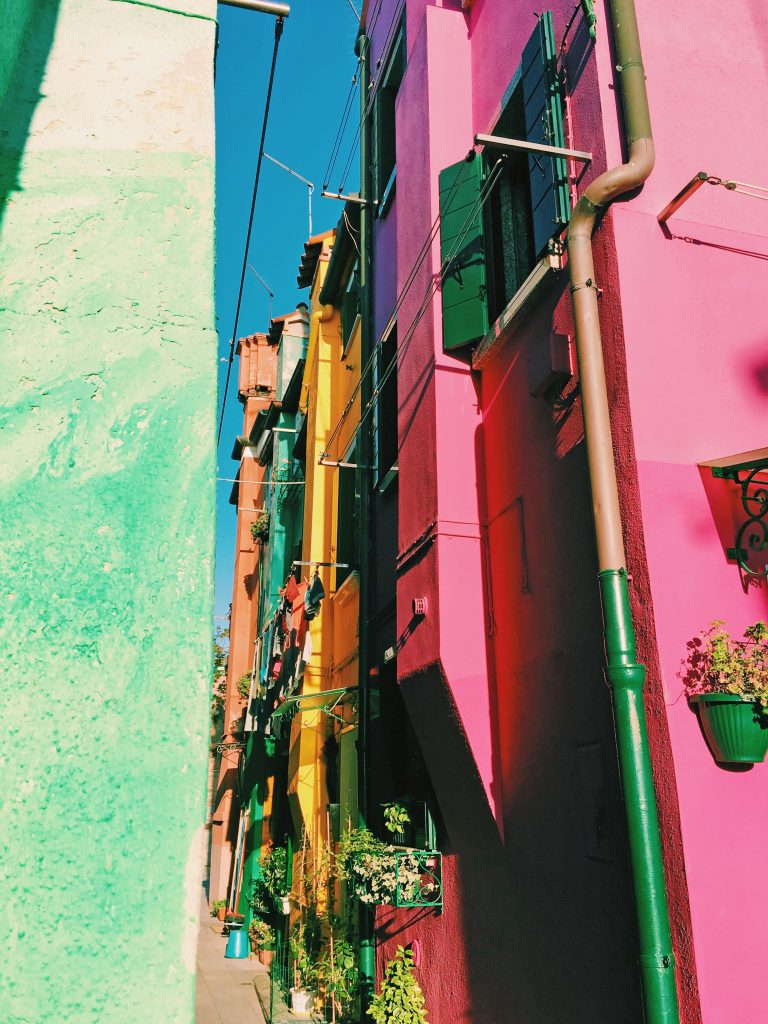 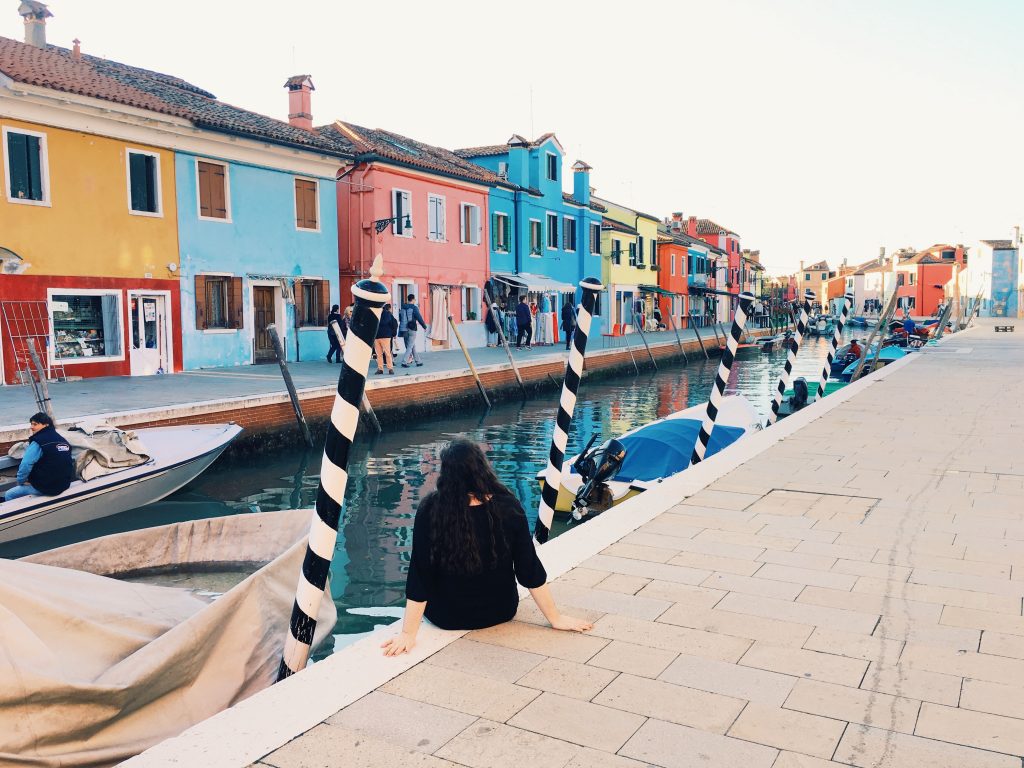 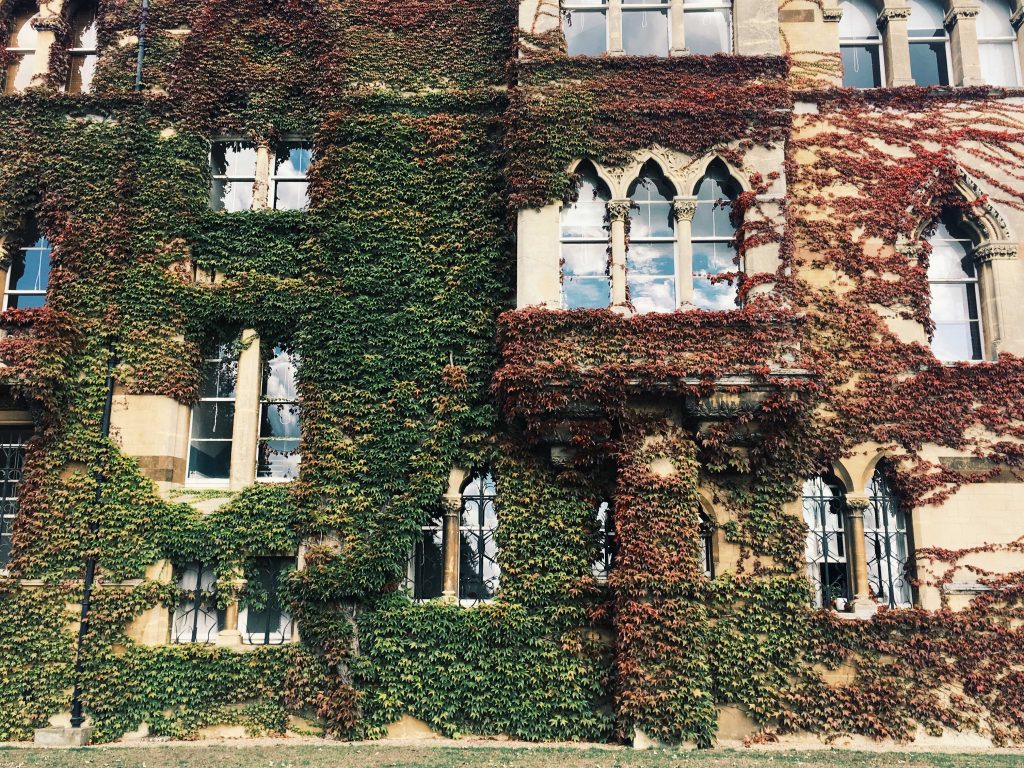 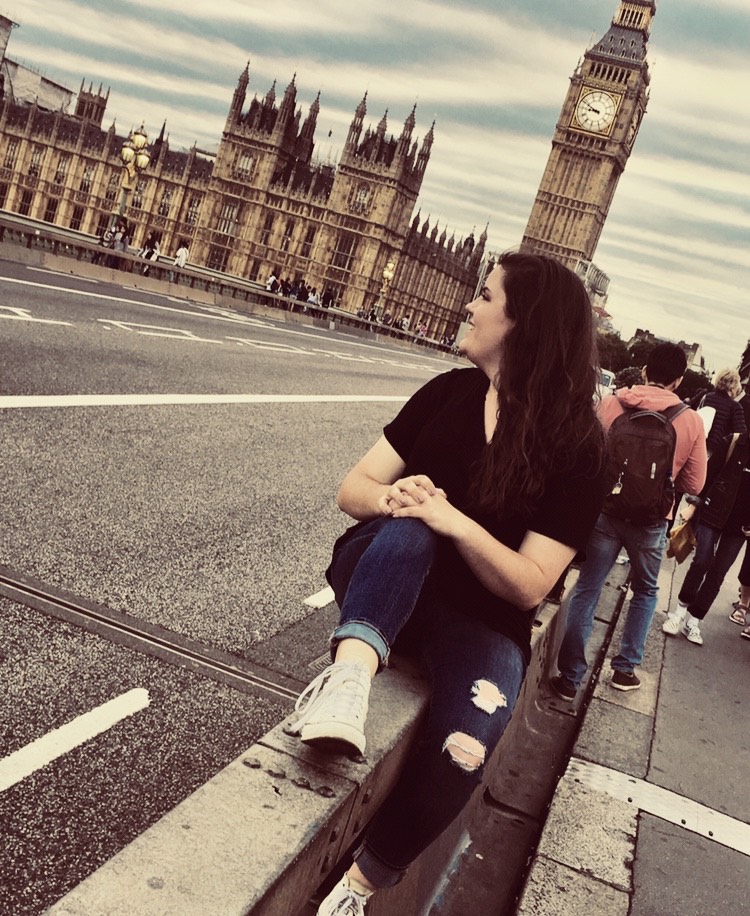 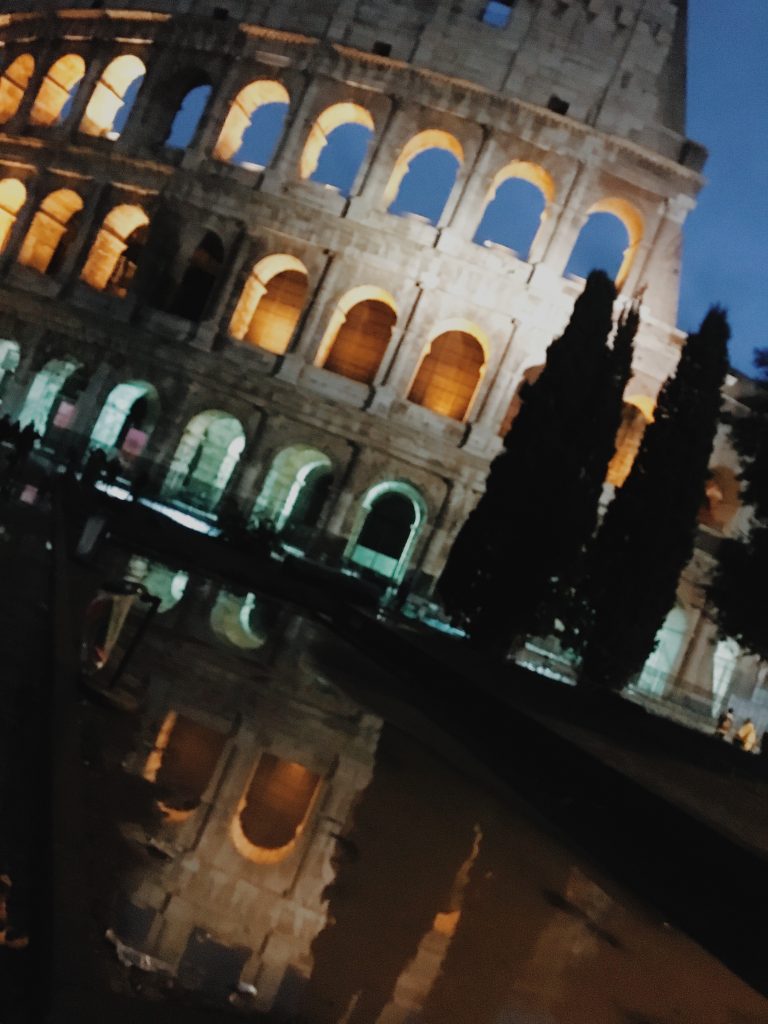 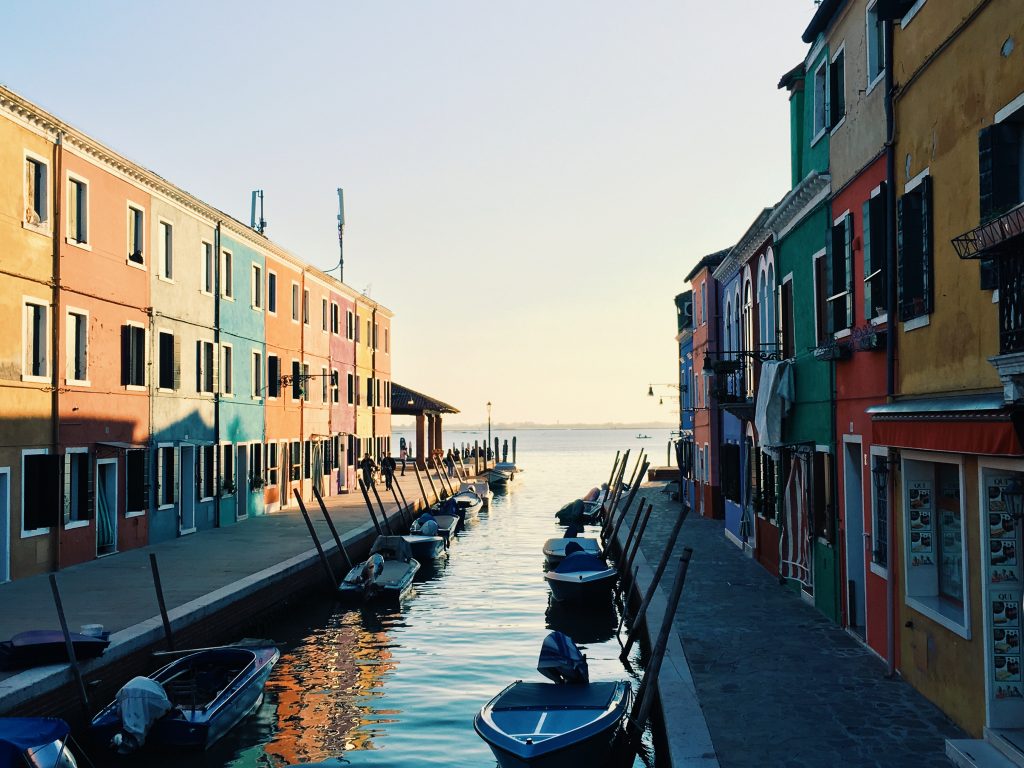 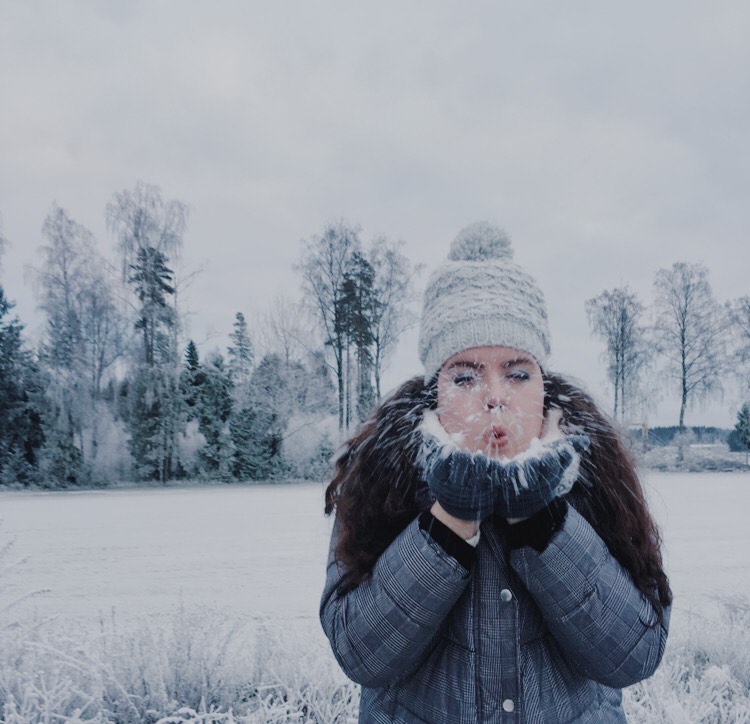 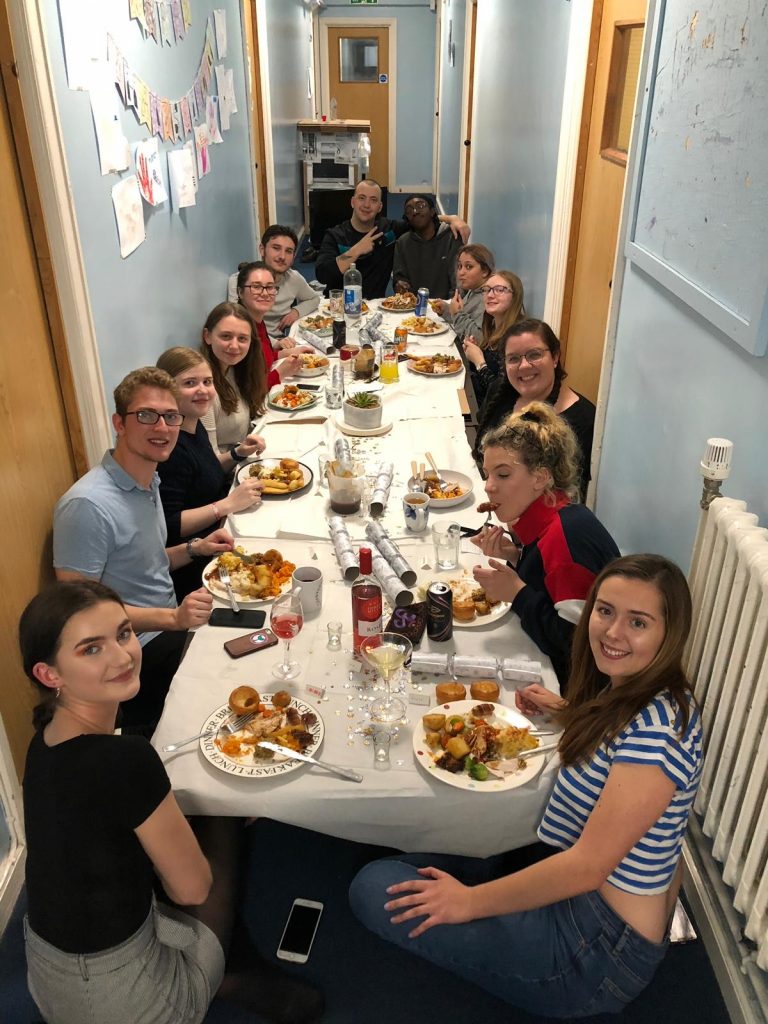 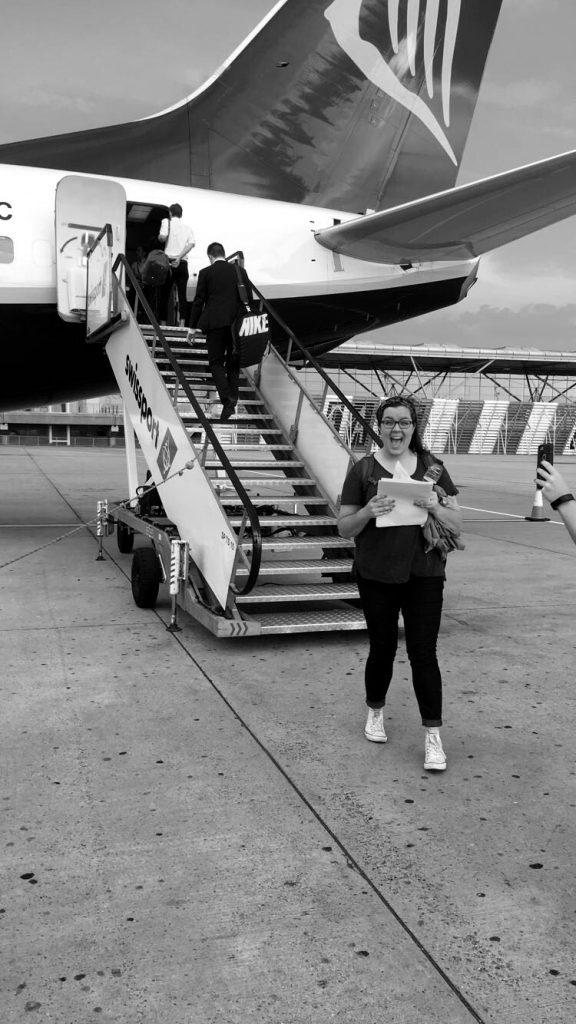 What was it about England that made you want to keep going back?
I’ve been traveling overseas with my family since I was 4. I’ve been to three continents and 12 countries. I’ve always been drawn to the wonders beyond our borders, but I was not tied down anywhere. My mom has a journal I wrote in when I was in elementary school, saying that I would go to Oxford. I must have seen it on a movie or something, but that’s the earliest indication I have of my longing to travel to the UK. The first week of my sophomore year of college, I was sitting cross-legged on my dorm room floor when my friend called me and told me about the European Council summer abroad program to London. That night we paid the deposit on our first trip. I was in England for less than 24 hours before I cried at the thought of having to leave. Granted, it was probably from being sleep deprived, but I was so excited to finally be in the place I’d always dreamed of living, and one summer just wasn’t long enough.

I traveled back to London in the fall of 2018 to spend another semester abroad. I made so many amazing friends and had the wildest adventures. I saw Stevie Nicks in concert. I got lost in the snowy mountains of Norway. I spent an evening in an underground comedy club in Barcelona and hiked to a waterfall in the Italian countryside. London isn’t just one place with one set of people. It is an amazing multicultural hub that brings the world to your fingertips. One trip to a food market can introduce you to 30 languages and cuisines; a stop in a pub can teach you music and history. Out of the 12 countries I’ve traveled to, there’s just no place quite like it.

How do you plan to use your master’s degree once you complete your program?
My master’s program is a bit different than the traditional American master’s system. Instead of pursuing a Master of Arts in English literature or creative writing, I will be specializing in publishing. So, technically, it’s not an English MA. With my degree, I hope to continue to travel and learn about other places and cultures. I’d love to work in international book rights or international publishing. I’ve also considered working for a smaller publishing house or group that is dedicated to publishing the stories of minorities or traditionally marginalized groups. There are so many stories in the world that deserve to be heard, and I want to be a part of bringing them to light.

What is something you have taken away from all of your experiences abroad?
I think the biggest thing I’ve taken away from all of my experiences abroad is an understanding that there are endless opportunities and possibilities at my fingertips, and it is always okay to make a new choice. For a long time, I was scared of choosing a career path or picturing what my future would look like. But I’ve learned to appreciate life’s seasons and be thankful for change when it comes. I’ve also learned that the world can be a really small place, and people from all over the world have so much in common.

What advice do you have for current students?
When I started my college career, I was a biology major and pre-med. I thought I knew what my life was going to look like. I had internalized from first-world media that success looks like a flashy career and a nuclear family. However, it wasn’t until I took the time to get to know myself and what I was passionate about that I dared to be something more. Your journey doesn’t have to look like anyone else’s. Take time to travel, explore, get to know yourself, and the amazing world around you. Continue to dream and give yourself the grace to make a new choice if the time arises.

I’d also suggest investing in your professors and advisors. We have an amazing wealth of knowledge and wisdom in the VSU faculty that can help with more than just education. Our programs and societies on campus are there to help you get involved and find what you’re passionate about. Don’t be afraid to try new things! 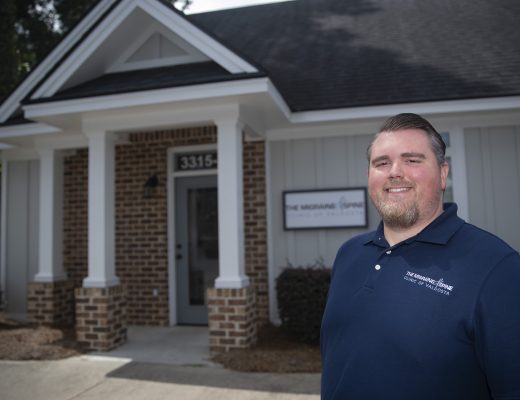 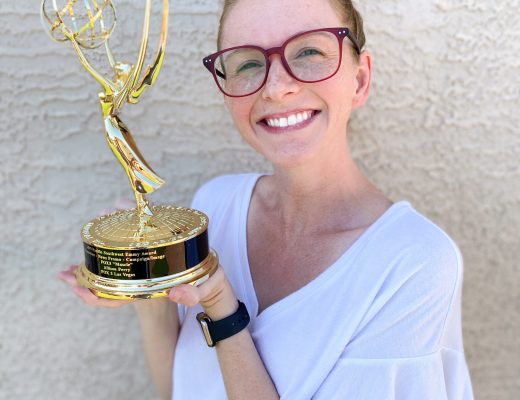 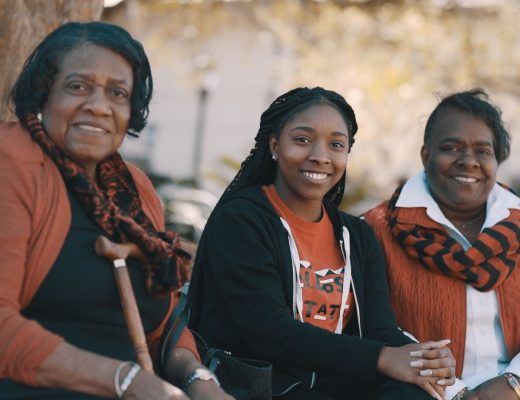