VSU School of Nursing held its Class of May 2015 Recognition Ceremony on Friday, May 8th, from 1:00 P.M. to 3:00 P.M in the Magnolia Room inside the University Center. Welcome and Greetings were given by the Interim Dean, Dr. Sheri Noviello followed by a short speech given by Dr. Dyal about the SIGMA THETA TAU Honor Society honoring the society itself about what it is and strives to accomplish with its members.

UNDERGRADUATE HONORS & AWARDS were presented by Ms. Laura Carter with the awards given by Dr. Dyal and congratulations by Dr. Noviello:

This student earned the highest grade point average in the class along with her clinical performance, professional demeanor and caring attitude reflected the essence of the Nursing Program’s mission to achieve nursing excellence. 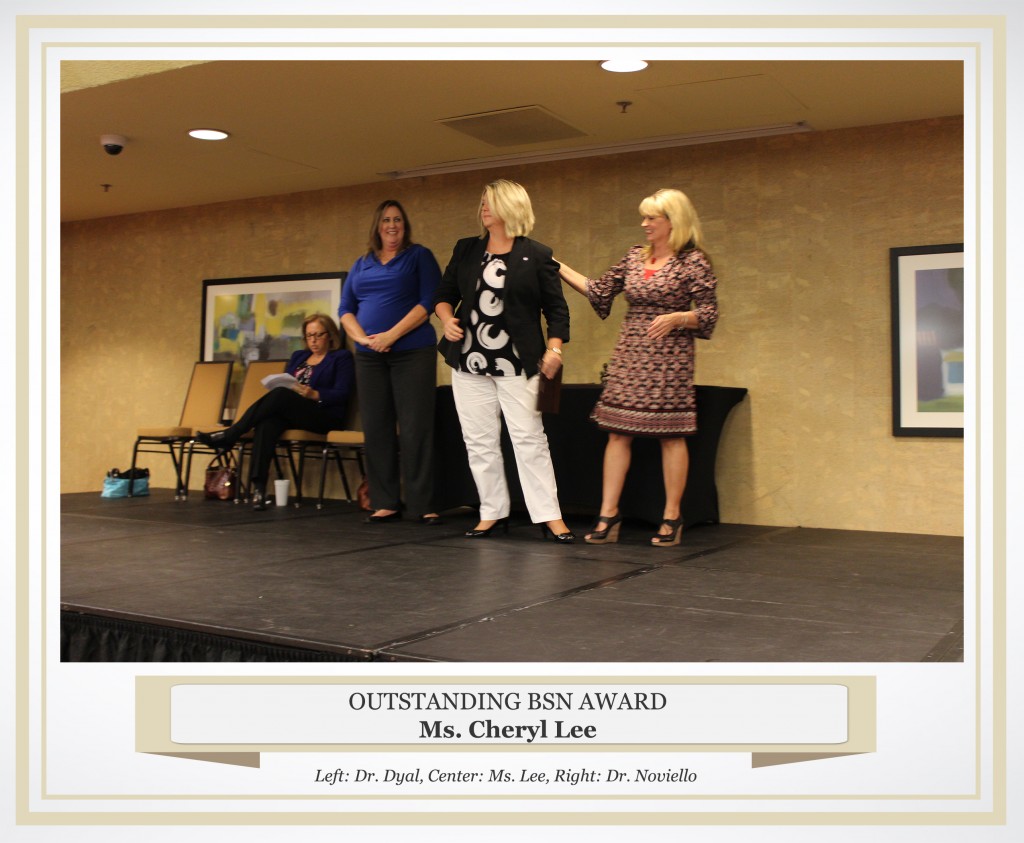 This award was presented to the student with a high grade point average who reflected consist achievement in standards of nursing performance expected by the institution. 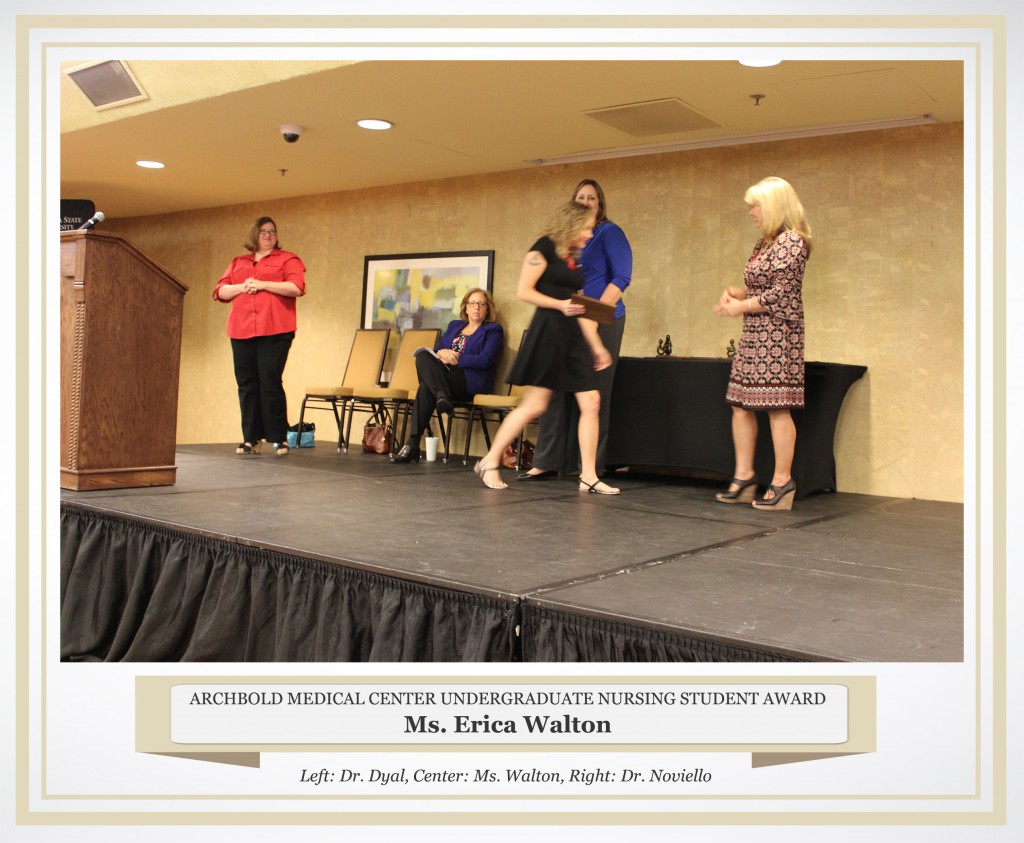 This award is named in honor of former Director of the Division of Nursing and Professor, Dr. Virginia Harmeyer as her commitment to professional standards, intellectual problem solving and compassion for all is reflected in the characteristics of the recipient who is determined by the faculty of the School of Nursing. 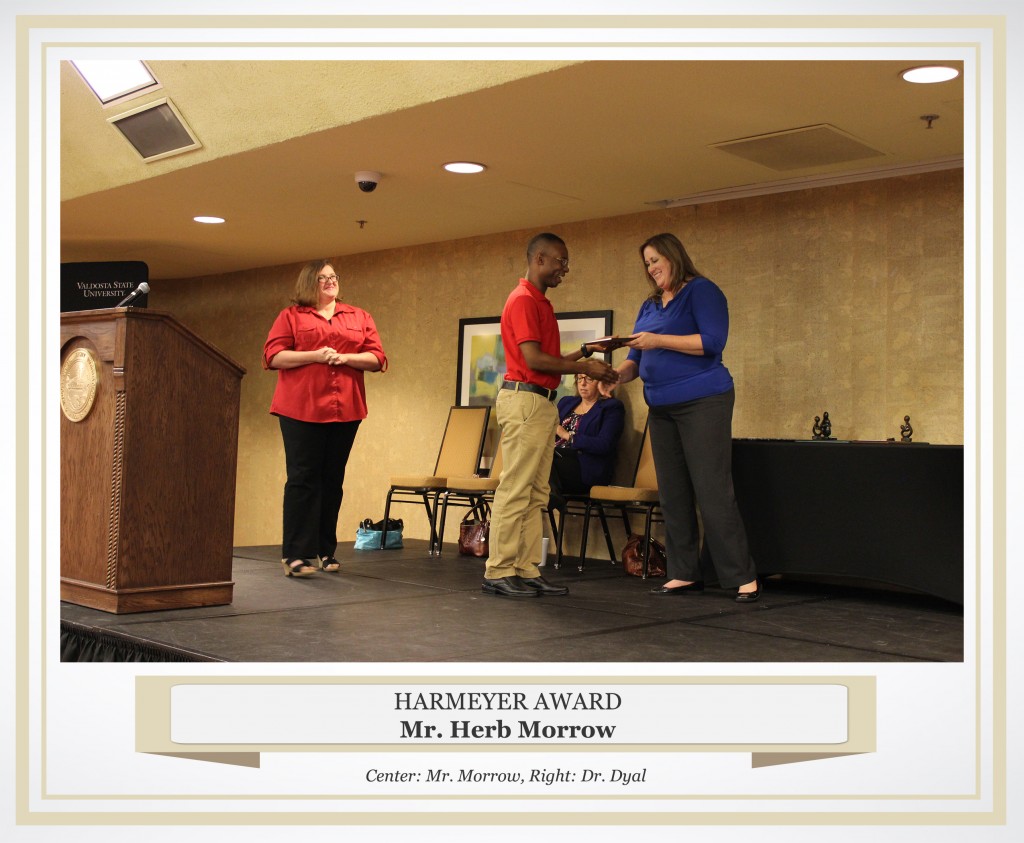 This award is named in honor of late former faculty and Assistant Dean, Dr. Joan Futch, who served as an inspiration to faculty and students and remembered for her passion for nursing, her commitment to leadership and her attention to the bottom line. This award is chosen by the students themselves. 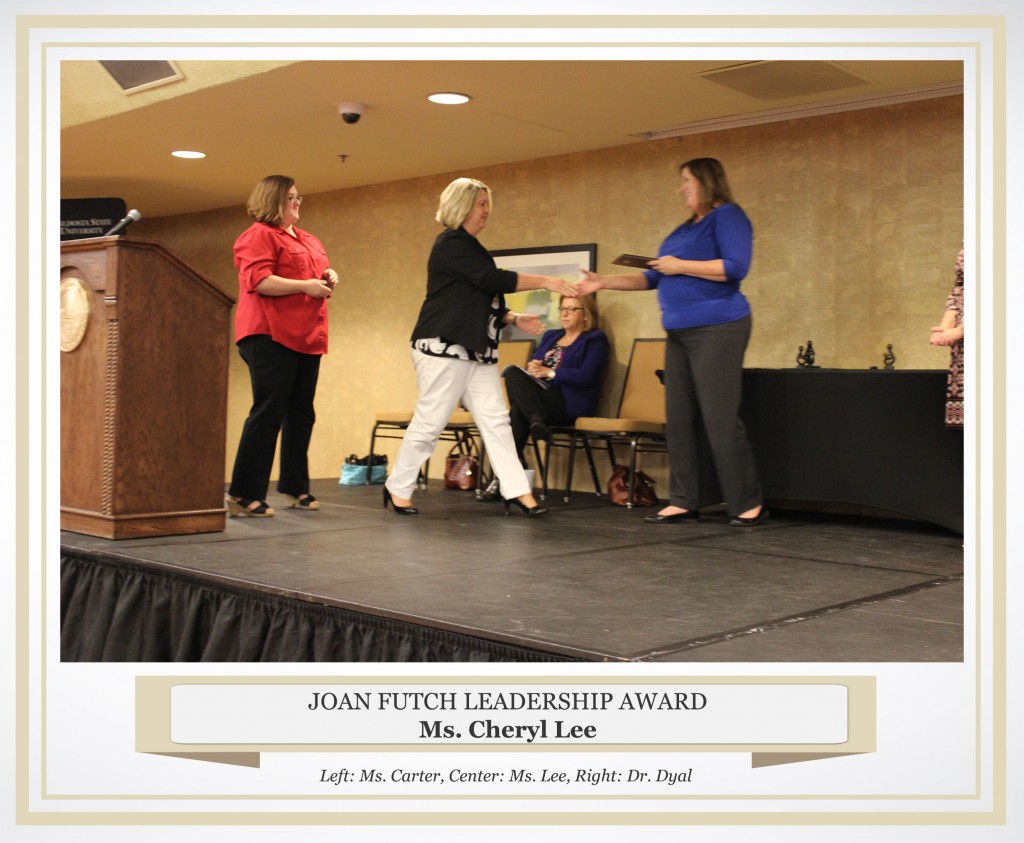 The DAISY in Training award is to highlight outstanding compassionate care delivered to patients and their families by nursing students. Each student receiving this award was nominated by someone who has seen them in action delivering skilled, compassionate care. 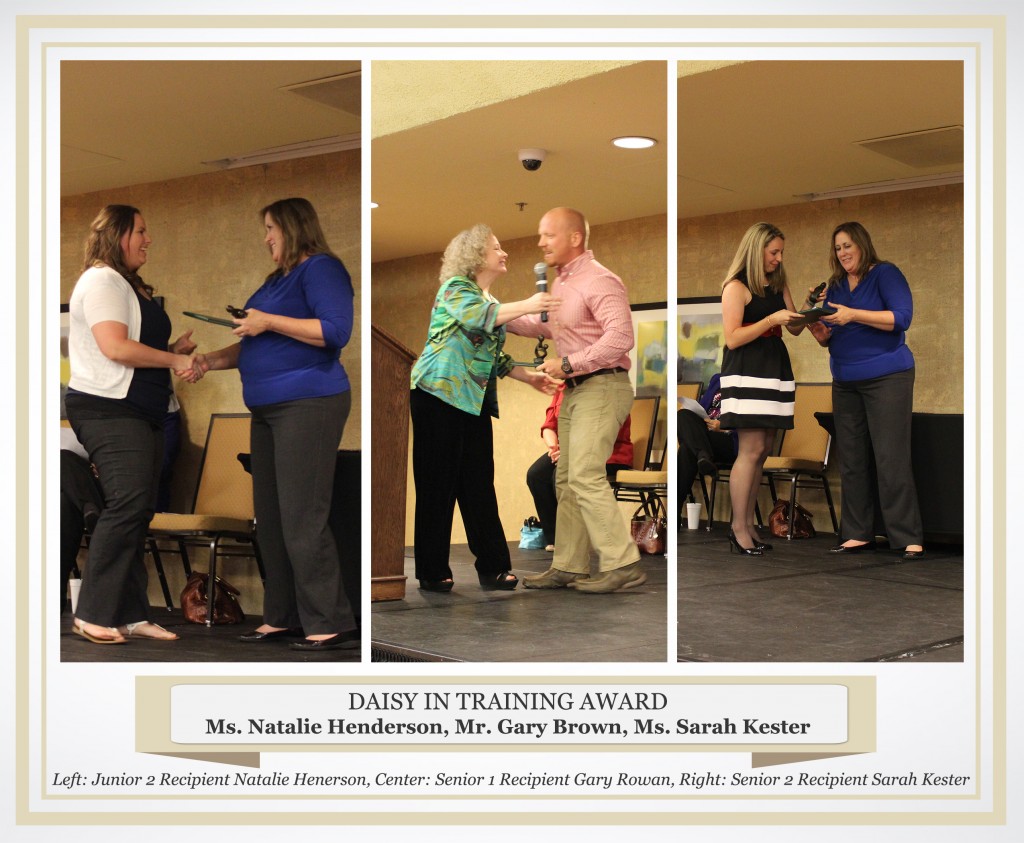 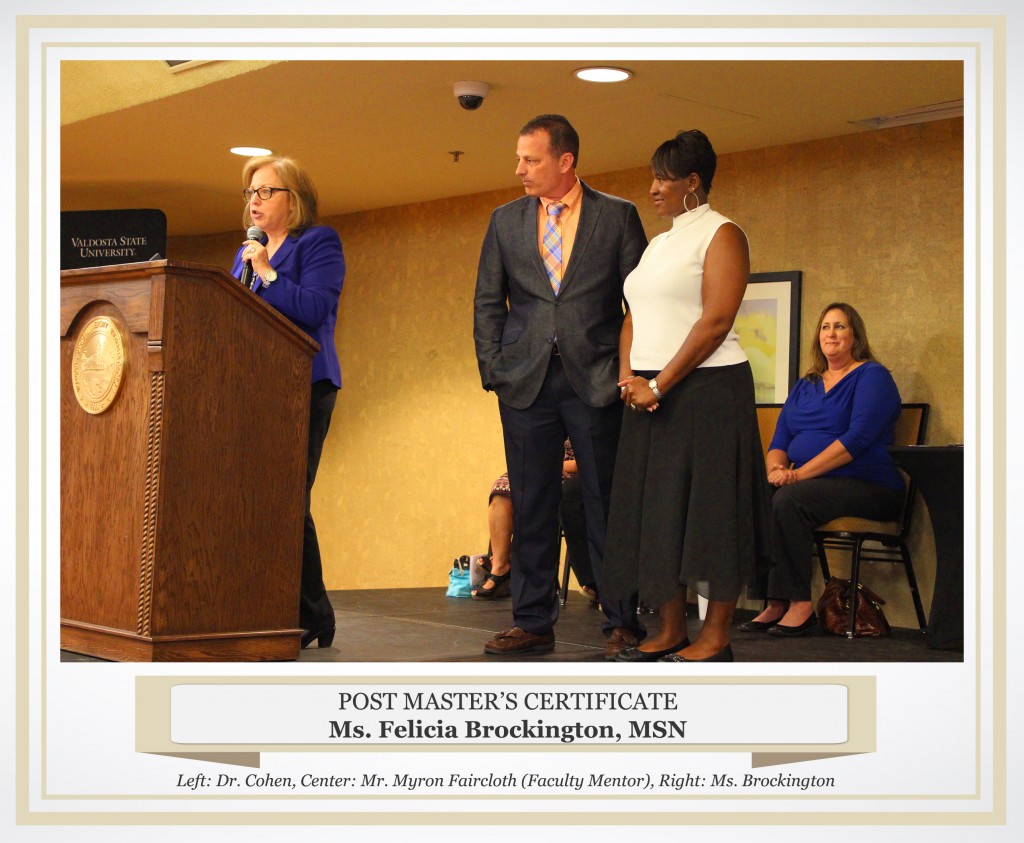 After congratulating Ms. Brockington, Dr. Cohen took a moment to present a video highlighting the undergraduates’ time spent at VSU School of Nursing.

Following the video presentation, Dr. Vanessa Jones approached the podium to offer a description of the nursing pin that each BSN Graduate received that day. A nursing pin is a type of badge, usually made of metal such as gold or silver, which is worn by nurses to identify the nursing school from which they graduated. Pins are presented to the newly-graduated nurses by the faculty at a pinning ceremony as a welcome into the profession. 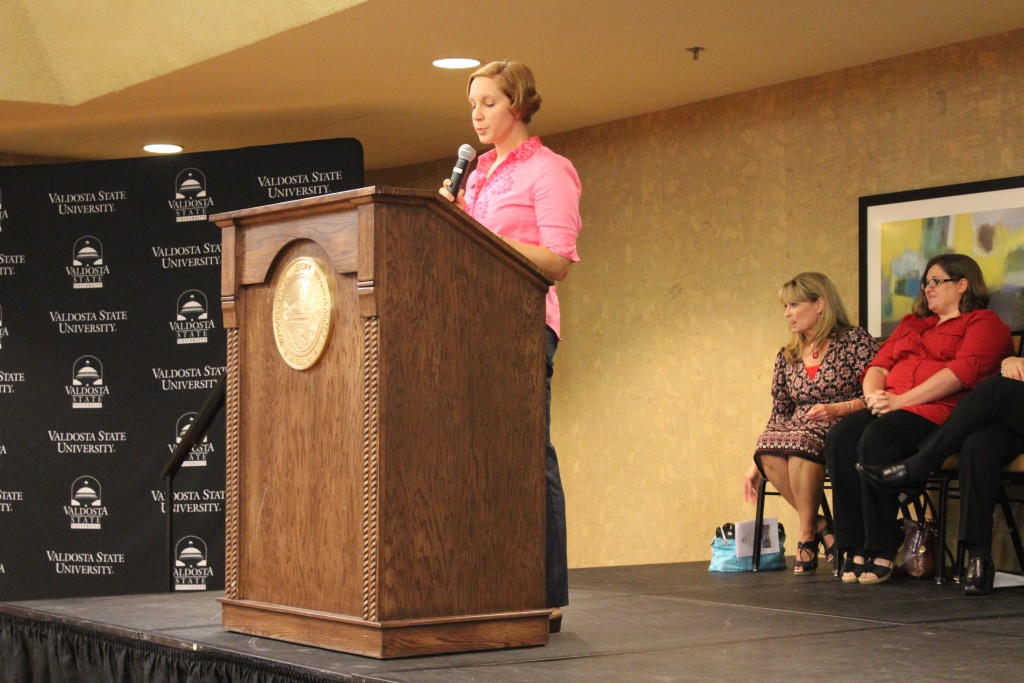 PRESENTATION OF THE GRADUATES

Dr. Noviello invited all undergraduates to come forward while also noting that although not all graduates may have received special awards, they all have truly distinguished themselves as graduates of the Nursing and Health Sciences Programs. 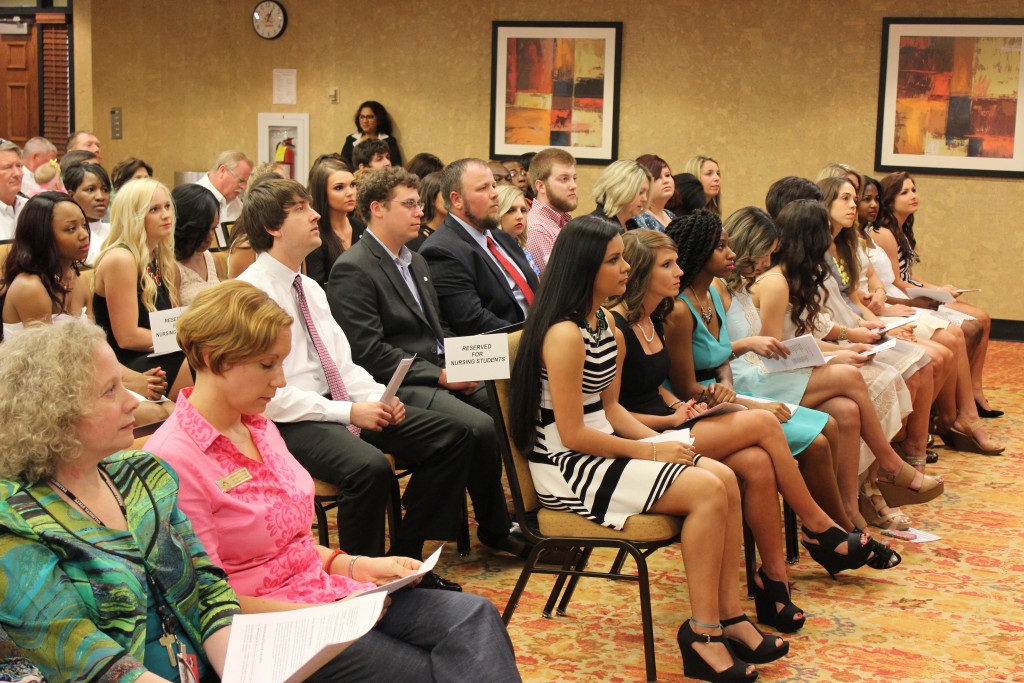 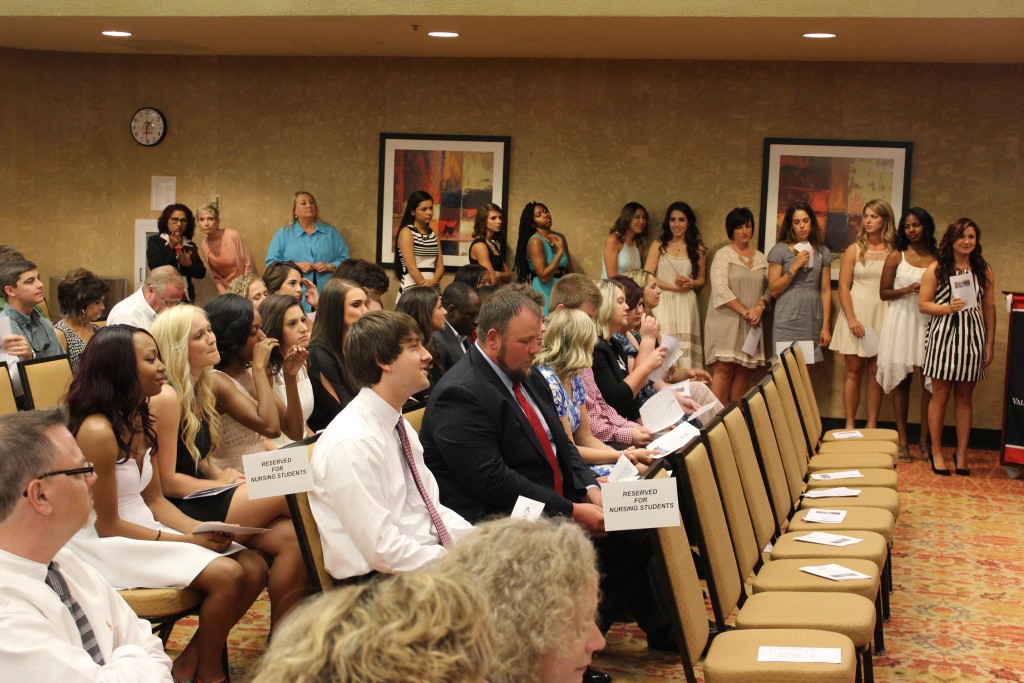 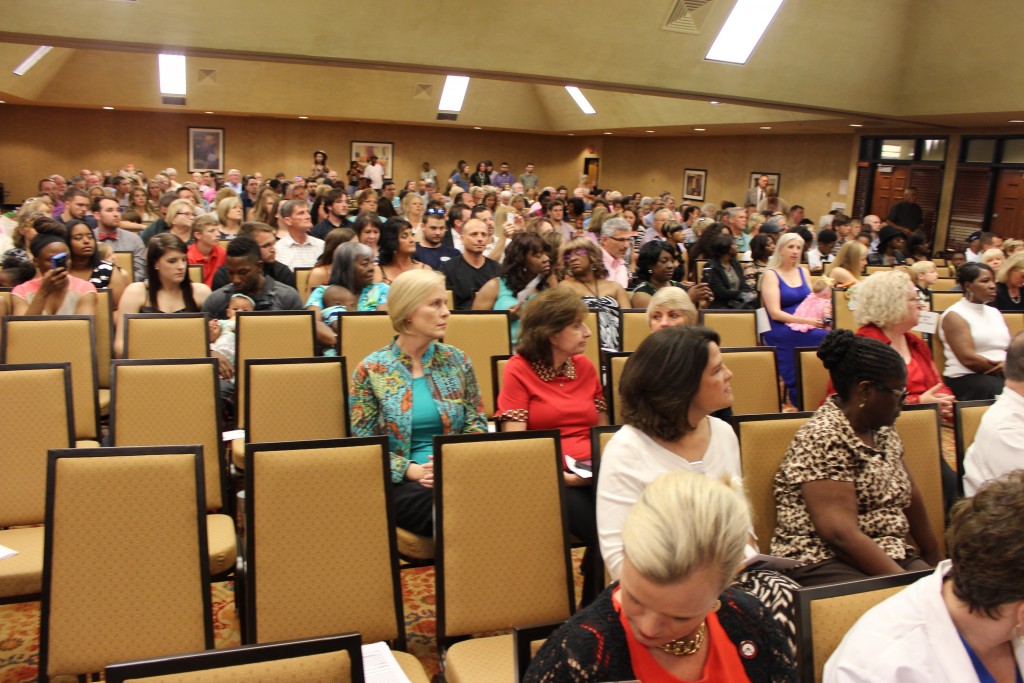 Ms. Heidi Gonzalez was invited forth to announce the graduates of the Class of May 2015. After each student’s name was called from them to come forth and receive recognition, their pins were given out by Dr. Dyal and each were congratulated by Dr. Noviello. The newly-graduates then returned to their seats to recite the NIGHTINGALE PLEDGE. 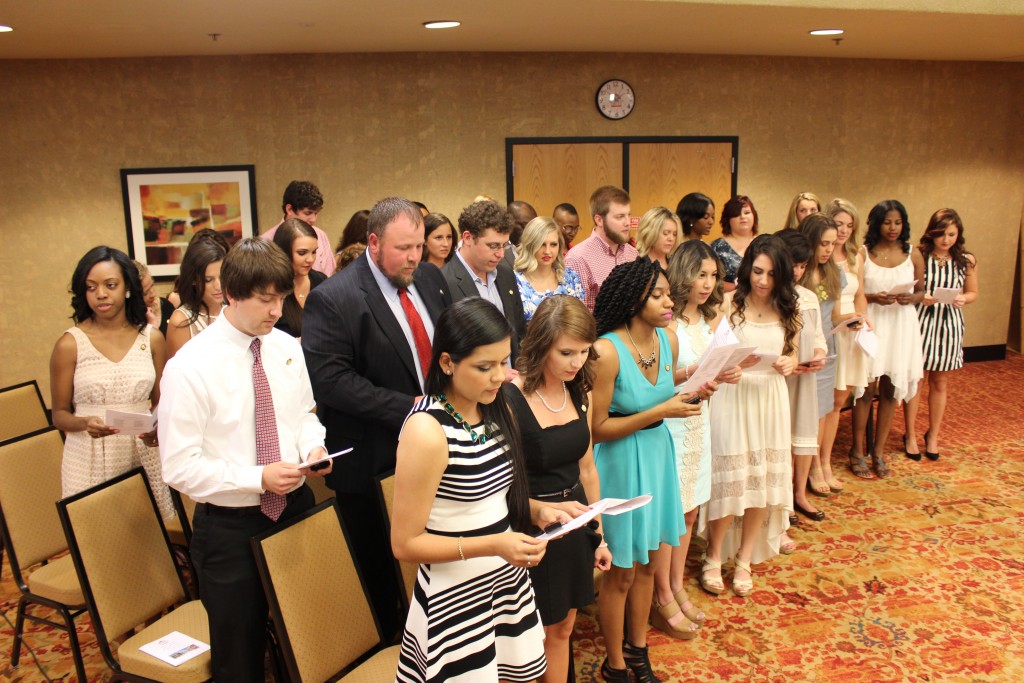 After much pride and excitement, the graduates were congratulated one last time for their accomplishment; VSU School of Nursing May 2015 Graduates! 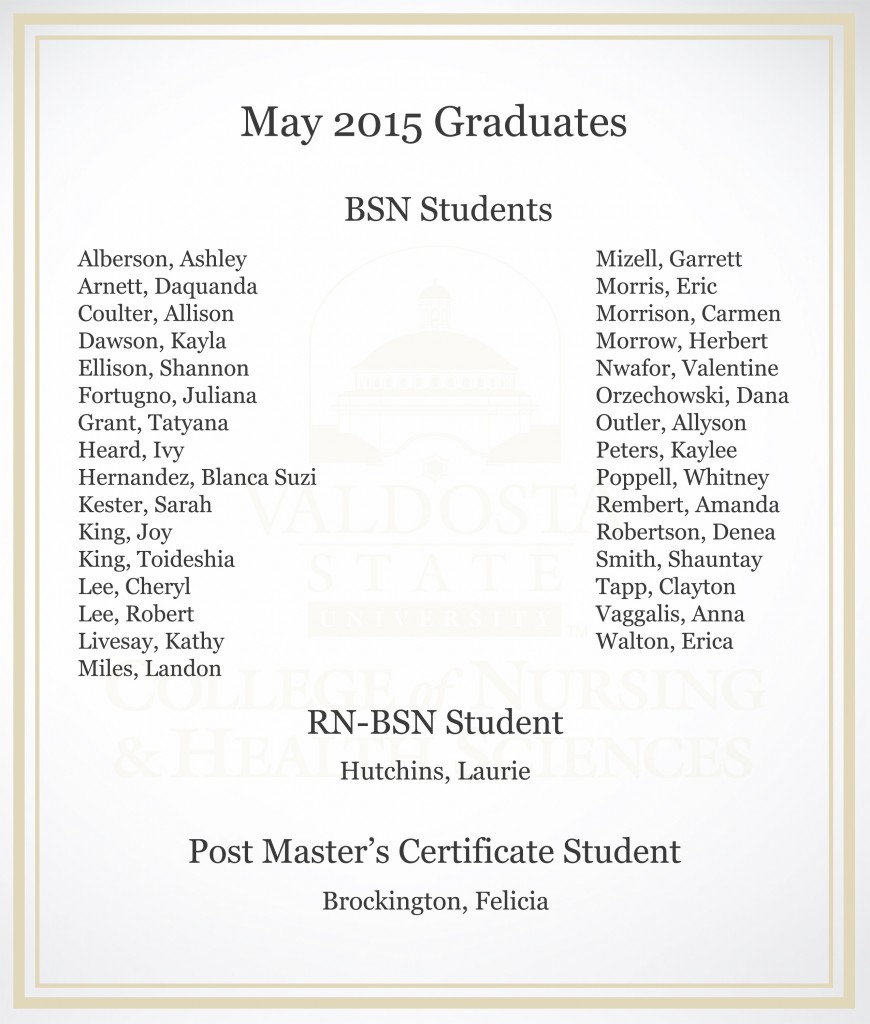