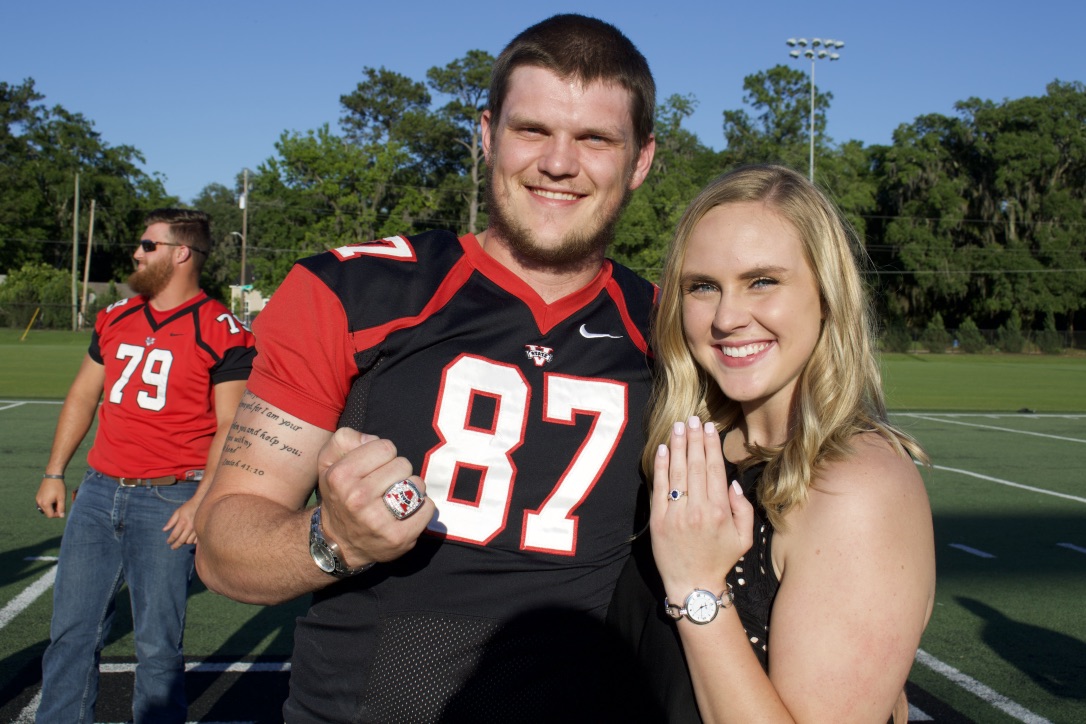 Our 2018 NCAA DII Football National Champions recently continued their celebrations during their year-end awards banquet, where they were each presented with a one-of-a-kind National Championship ring. One player, in particular, had a ring of his own that he planned to present to his girlfriend. For him, the awards banquet was the perfect cover for a championship-caliber proposal. Here’s the inside scoop on the Blazer proposal of Travis Taylor to Brianna Beard.

Q: How did you meet Brianna?

A: I met Brianna through our mutual friend Brackin Smith. They were having a study session, and I had tagged along with Brackin. That’s when I first saw Brianna.

Q: What’s your favorite memory together?

A: My favorite memory together is this past Christmas because it was the first Christmas we were able to spend together. It was a great time because we had just won the NCAA DII National Football Championship and then Brianna took me on a trip to Disney World. We were loving every minute together.

Q: When did you know she was the one?

A: I knew Brianna was the one the first time I met her. She definitely put me in the friend zone because neither of us was ready for a relationship, but we ended up becoming best friends because of it. That’s actually what makes our relationship. We’ve always said that we wanted to know each other as friends first, and now that we have done that I can truly say I’m going to marry my best friend.

Q: Tell us all about the proposal. Did you know the Ring Ceremony was the perfect occasion to propose?

A: The proposal took a lot of planning and help from my best friends, people from the football team, such as Mrs. Angie and our equipment manager Phillip and his whole staff, and our parents. Everyone had a part to play and it came together perfectly. I knew the Ring Ceremony would be perfect because I would be able to get both our parents down without Brianna even thinking anything was up, and I would be able to have a ring box in my pocket and her not realize that I was going to propose. Being able to receive our National Championship rings and also ask for Brianna’s hand in marriage on the same day was surreal. She never knew she’d be getting a ring of her own, so it was a very special day that we won’t ever forget. 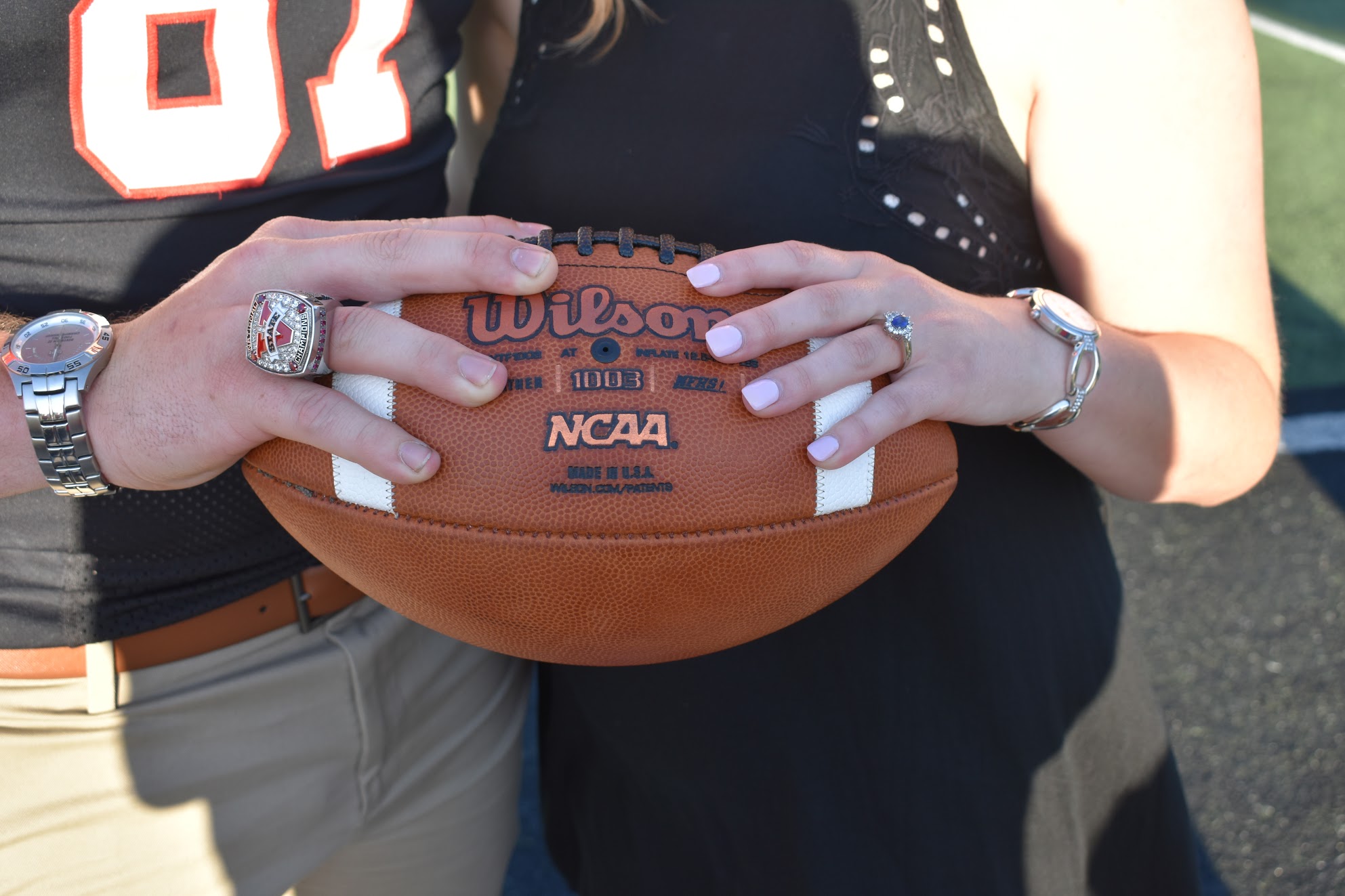 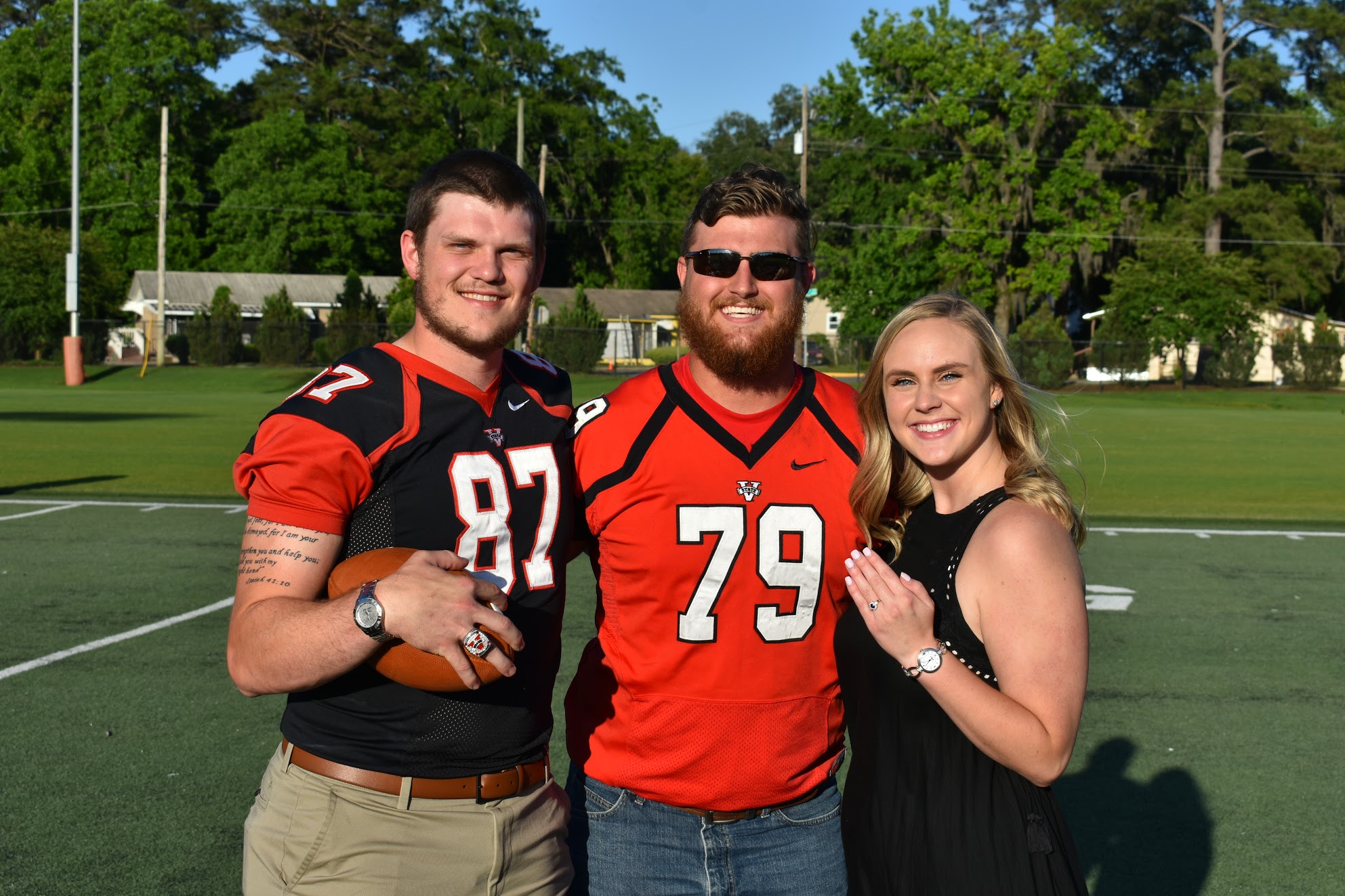 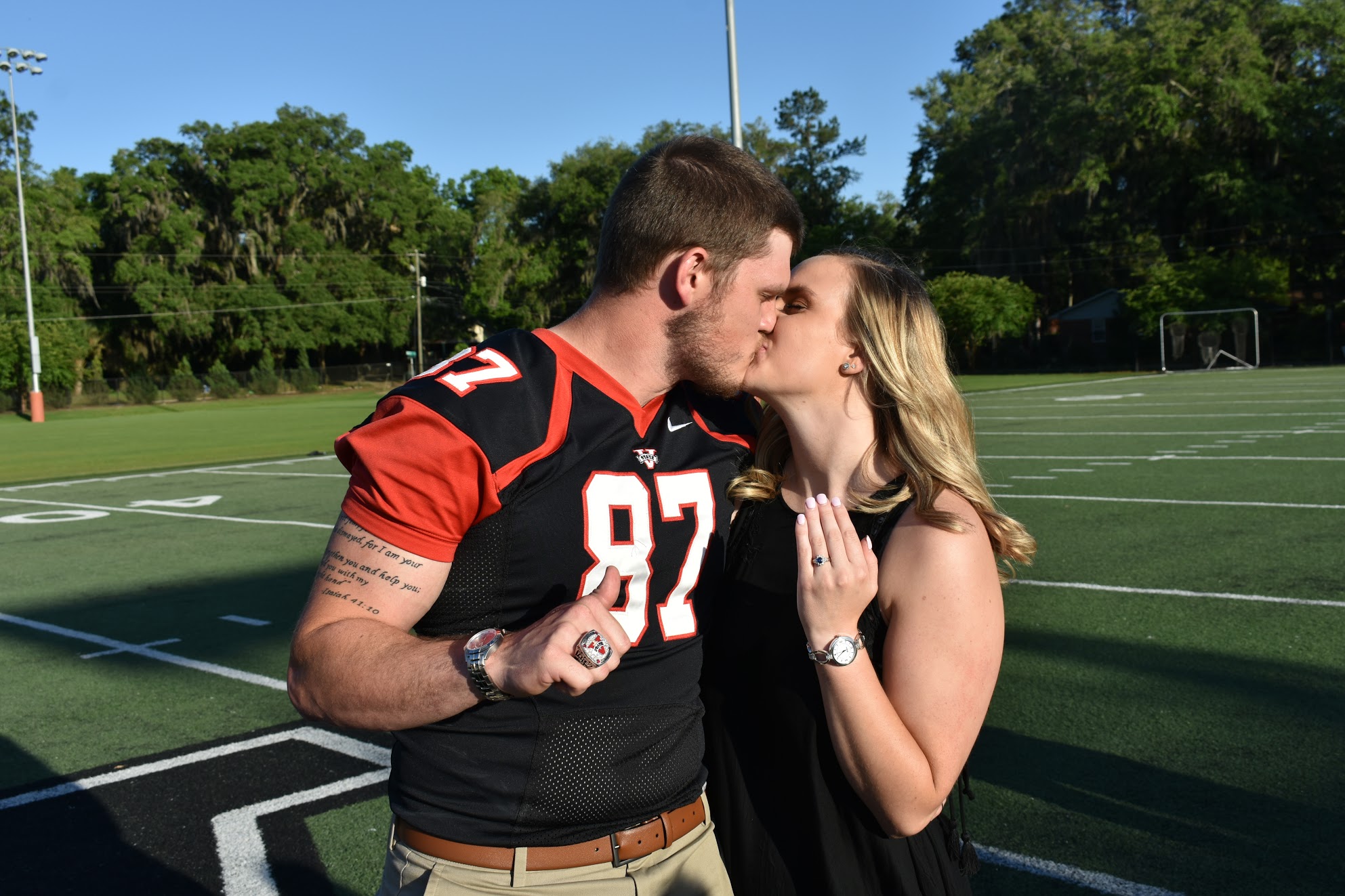 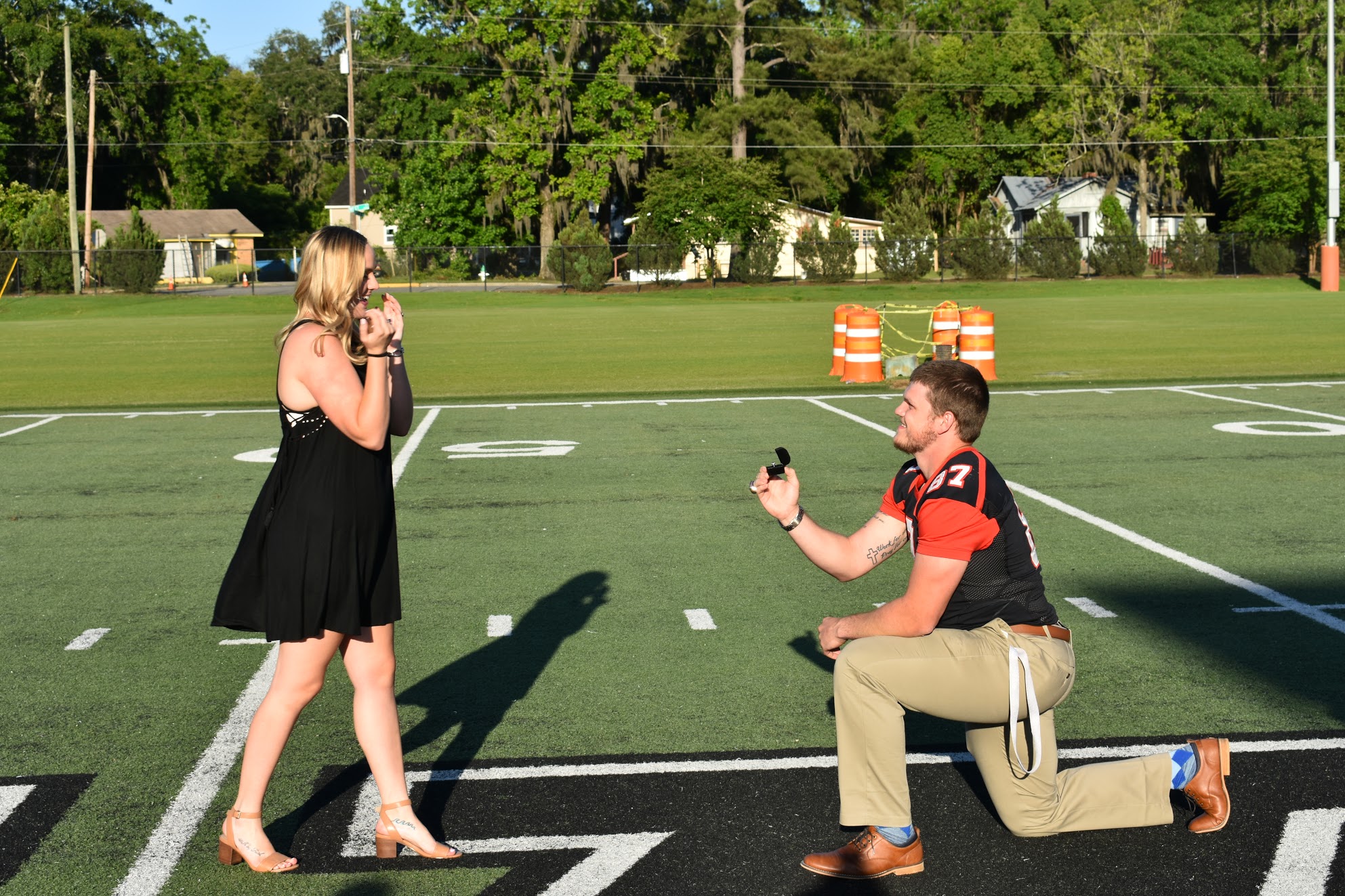 Q: How long have you and Travis been dating?

A: We have been dating for seven months now.  We were best friends for a year and a half before we started dating though.  This past Fall I was attending another college, but I had come to Valdosta one weekend to watch Travis play football.  I came to the football game against Shorter and that was the weekend I finally admitted to myself that I had fallen in love with my best friend.  After that, I told him I was ready to give dating a chance and two weeks later, when I came for the Delta State game, he asked me to be his girlfriend.  After the Fall semester was over, I transferred here to Valdosta State to continue my education with him by my side.

Q: What’s your favorite memory together?

A: I don’t really have a single favorite memory, but if I had to choose it would be the day I showed him around Charleston, South Carolina, back when we first met.  I showed him around the historic downtown, and we just laughed and joked all day long. It was really fun because we were still getting to know each other, but he found a way to make me smile the entire day.  He was the sweetest guy I had ever met.

Q: Were you surprised by the proposal?

A: I was very surprised by the proposal; I wasn’t expecting it at all.  On the day of the Ring Ceremony, he told me that he and the other guys wanted to take pictures with their rings, and I didn’t think anything of it. It made complete sense to me. Low and behold, it was all a ploy to get me there and to propose. It couldn’t have been more perfect, especially because both of our families and our best friends were able to be there. It was better than I could have ever imagined.

Q: Where do you see the future taking the both of you?

A: We both graduate in December, so we will get married after that.  He has talked about coaching football after he graduates, so we will probably see where that takes us. One thing we know for sure though is that we’re looking forward to a lifetime of adventures together. 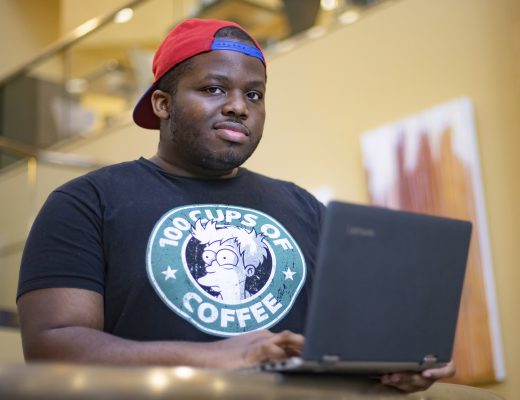 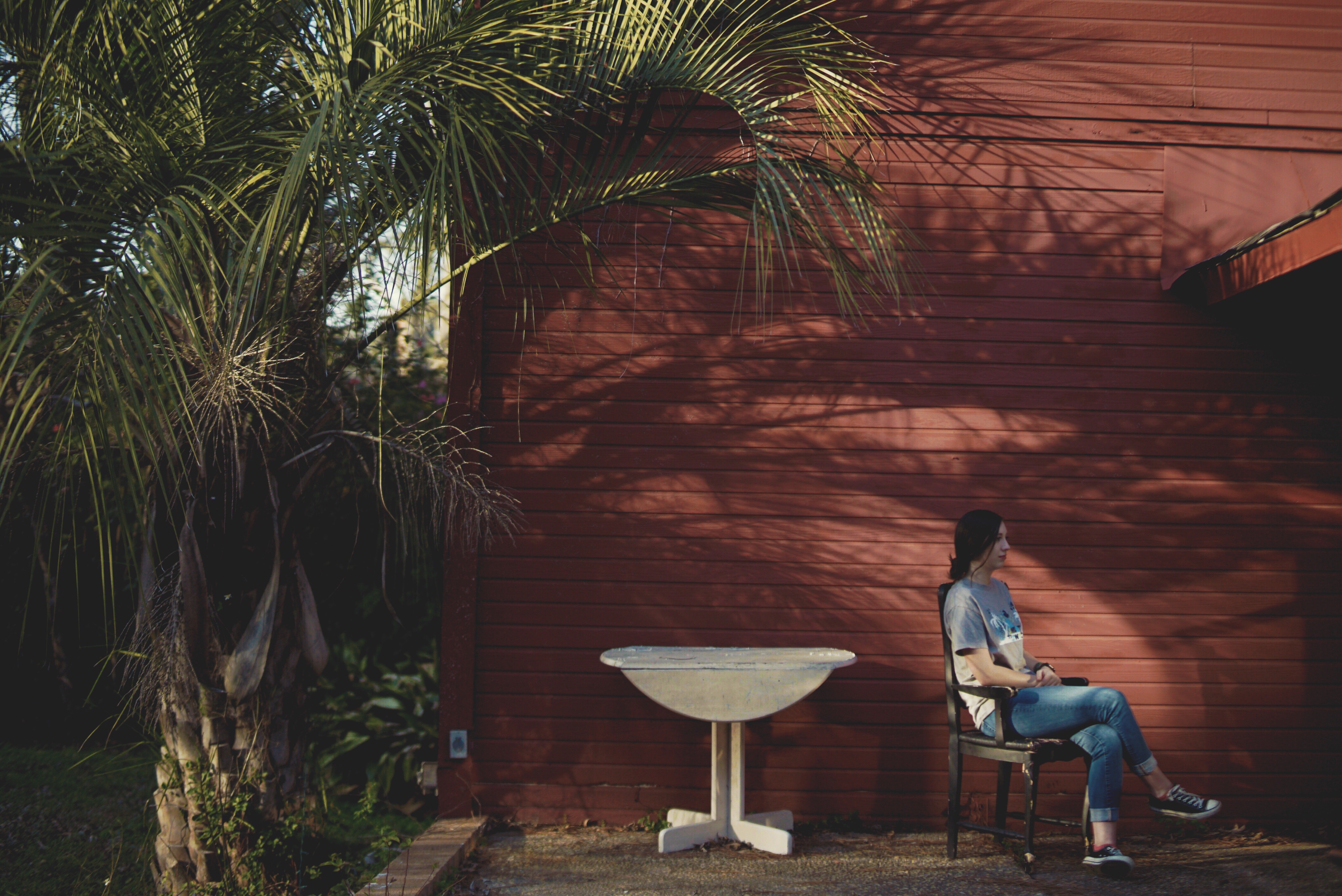 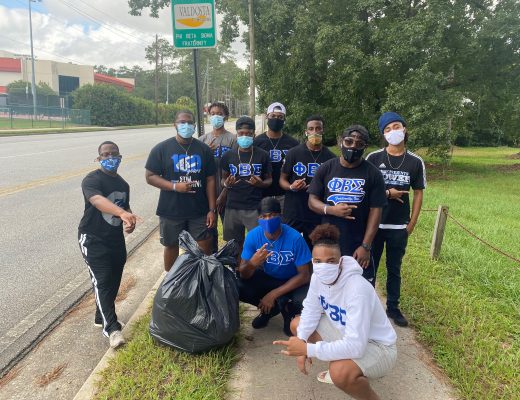