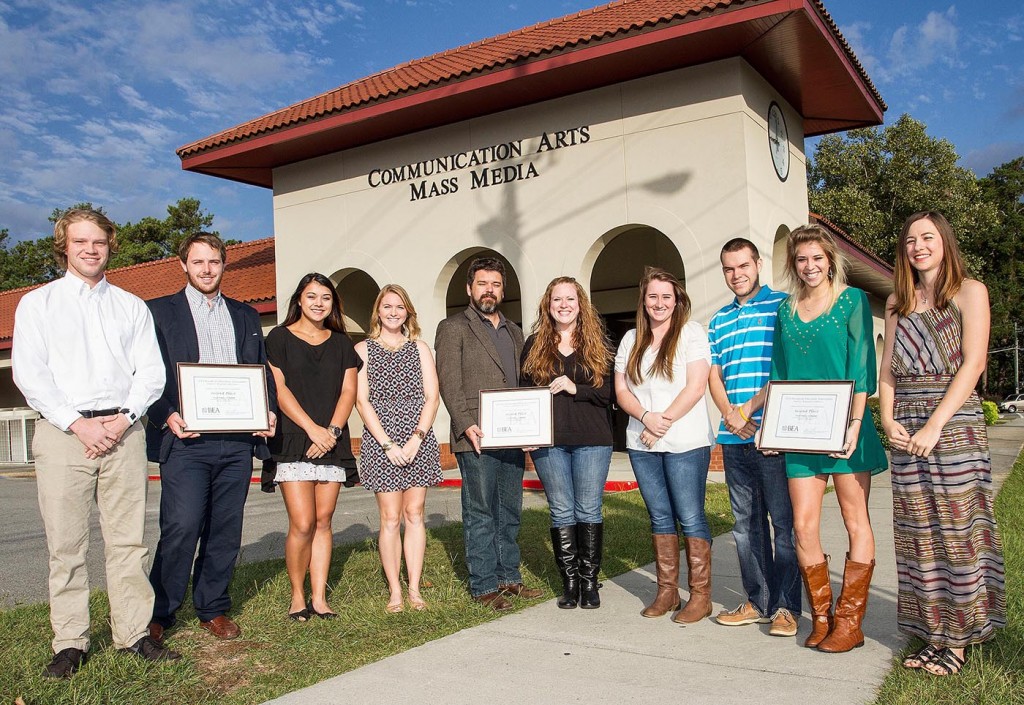 VALDOSTA — “Food Trucks of Dublin,” a Web series produced by 15 Valdosta State University Mass Media Area students during an experiential learning opportunity in Ireland, was among the official selections presented at the 2014 ATL WEBFEST, held Oct. 24-26 at the Georgia Institute of Technology in Atlanta.

“I am so proud of these kids,” said Marie M. Elliott, an assistant professor in the Mass Media Area at VSU. She presented a workshop on storytelling for short form content while attending the 2014 ATL WEBFEST and enjoyed the opportunity to meet film industry experts from the Atlanta area.
“Food Trucks of Dublin” was filmed over the course of 10 fast-paced days in May as the students traveled throughout Dublin, Waterford, and other cities experiencing a different culture while receiving hands-on experience in media production.

Elliott facilitated the study abroad trip — a first for the Mass Media Area — with the assistance of Frank Barnas, a professor in the program.

“I did the initial research for trending topics in Dublin before Maymester and found that food trucks are having trouble competing with local markets for trading on the streets because of the casual trading laws put out by the Dublin City Council,” she explained. “I stumbled upon a trend where food truck vendors are utilizing social media to attract customers and let them know where and when their products will be available, something they have to do each week via Twitter and Facebook.

“When the MDIA 4963: International Documentary Production Maymester class started, I told the students this was a hot topic and gauged their interest, and they were very excited to film in Dublin and on the food trucks. I had them reach out to several food truck vendors before we left for Ireland, and they set up contact with four solid proprietors. When we arrived in Dublin, they once again made contact and then hit the streets to collect B roll and shoot each truck in groups of three and four.

“To provide cohesion across the webisodes, I gave them a documentary structure to aim for … and interview questions, and [I] helped them calibrate the cameras for a uniform look. They collected the footage, and when we returned to the states, we spent four days in the editing lab where I gave them instructions for constructing the intro and the outro, when and where to drop in their music, and the overall timing of each episode. In the end, they completed four webisodes ….”

The ATL WEBFEST is an interactive festival designed to connect the film, business, and technology communities in a way that will spark new ideas and showcase the talent and innovation that the Southeast has to offer. Started in 2013, its mission is to grow and nurture innovation for creative in digital film and video production industries.

Elliott plans to now submit the Web series to the 2015 Nashville Film Festival.

In September, Elliott and her team of 15 students learned that a short documentary version of “Food Trucks of Dublin,” created from the four websides produced during the Ireland study abroad, had won second place in the Student Video Category of the Broadcast Education Association (BEA) District II Production Competition.

“Only six entries won awards in the district this year …,” she said.

“The students are stoked,” she added.

The “Food Trucks of Dublin” documentary is seven minutes and 38 seconds long and can be viewed at https://www.youtube.com/watch?v=H-Z57gYiwrk.

“The primary purpose of the documentary was to explore the use of social media in reaching potential customers when faced with bureaucratic hurdles,” Elliott shared. “However, when filming, the [food truck] vendors were so excited to be highlighted that the students focused more on the food culture of Dublin, so it is also about that.”

Elliott plans to submit the “Food Trucks of Dublin” documentary to the national BEA student competition.

Elliott and Barnas plan to enter their own documentary, also shot during the study abroad in Ireland, in the national BEA faculty competition.

“I am currently cutting ‘Killer Sandwich,’” she explained, “which is a home-based entrepreneurial business using social media to sell gourmet sandwiches in Dublin run by a marketing and branding duo, Conner and Sioban Stevens — and they are literally the pioneers of using social media to get around the casual trading laws set by the Dublin City Council.”

Elliott said “Killer Sandwich” will be finished sometime in December.

NOTE: The Mass Media Area at VSU will take a second group of students to Ireland in May 2015. The deadline to sign up and pay the deposit is Nov. 13.