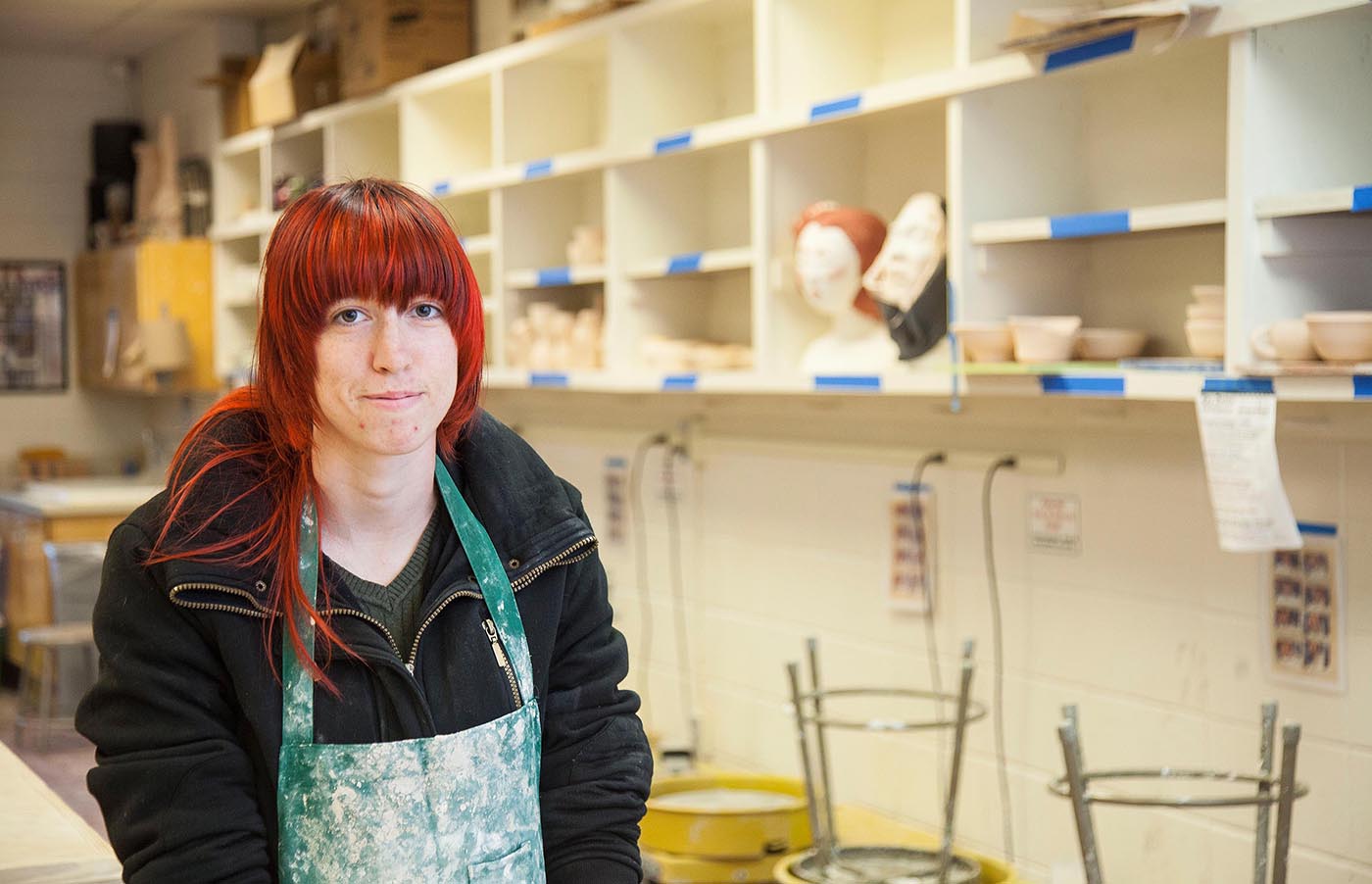 Shauni D. Redfearn’s ceramic sculpture titled “Back To Life” won Best in Show at the 11th Annual South Georgia College Art Invitational. She is a senior art major at Valdosta State University. VSU won a total of 10 awards at the competition.

Shauni D. Redfearn’s ceramic sculpture titled “Back To Life” won Best in Show at the 11th Annual South Georgia College Art Invitational. Her work, along with other competition entries, will remain on display at the Albany Area Arts Council Carnegie Library for public viewing through Tuesday, Nov. 25.

“I was shocked,” said the Valdosta State University senior who anticipates graduating in May 2015 with a Bachelor of Fine Arts (B.F.A.). “I was just happy to be a part of the show. There were so many good pieces in it; I never expected to win. It was nice to feel the support of everybody.”

The Dixie native had a total of three pieces accepted into the South Georgia College Art Invitational, including a mixed media painting titled “Mending Thoughts” and an untitled silverprint, which captured Second Place Photography honors. Although she won awards for her work as a sculptor and photographer, Redfearn prefers drawing and working with mixed media and has recently been using a lot of graphite, ink, and markers in her work. She hopes to continue her education, pursuing a master’s degree in printmaking, after VSU. She does not have many definite plans for her future but says she may try to work in a print shop or teach.

“I haven’t really decided yet and kind of want to see where life takes me,” she said.

The South Georgia College Art Invitational features works created by art students at Albany State University, Darton State College, and Valdosta State University. It was conceived to allow college students to showcase and sell their art and to give them hands-on, professional experience with entering shows and displaying their work.

Entries were accepted in six categories — sculpture, ceramics, printmaking/graphic design, drawing, painting, and photography. VSU had a total of 30 works, five in each category, accepted into the 2014 South Georgia College Art Invitational.

In addition to Redfearn’s Best in Show and Second Place Photography awards, VSU won the following:

The Albany Area Arts Council Carnegie Library is located at 215 N. Jackson St. and is open from 10 a.m. to 4 p.m. Monday through Friday. Admission is free of charge. Any groups interested in visiting outside normal business hours should call (229) 439-2787 and speak to Nicole Williams, executive director.